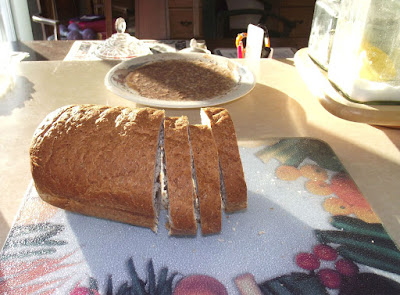 French toast is a family breakfast favourite which has been around for practically forever. Believed to have been created as a way to make stale bread more pleasant to eat today it is served in the finest of restaurants and has become a breakfast meal which is popular with people of all ages.

Although the recipe is basically always prepared in a similar manner this dish if often referred to by many different names. It may be called sweet bread, German bread, French toast, Eggy bread, Golden bread, Lost bread, as well as a few other terms depending on which country you dine in.

French toast is simple to prepare, absolutely positively delicious, and not so shabby on the nutritious side of things either. It is quick and easy to prepare and a morning fare that mom can generally get the kids to willingly gobble down and that makes this recipe a popular breakfast meal for families. Note: See lower for the printable PDF of this recipe.

Pour between 1/4 cup of milk and 1/2 cup of milk into a rounded plate. Add one to two eggs. 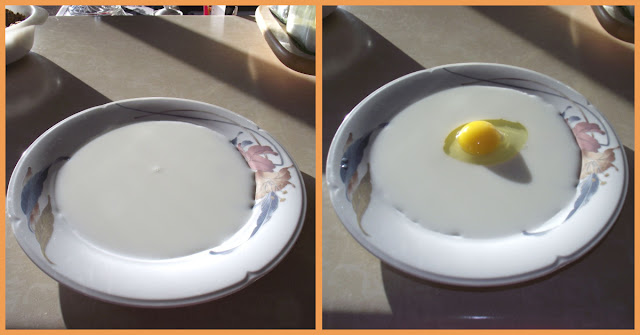 Add about one teaspoon of cinnamon (optional) then whisk your ingredients together. 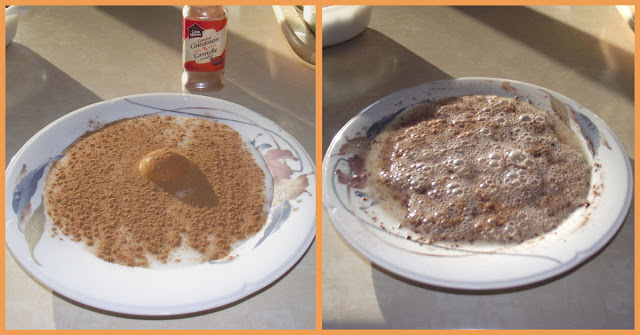 Dip your bread into the mixture then flip it over so that both sides of the bread are soaked. 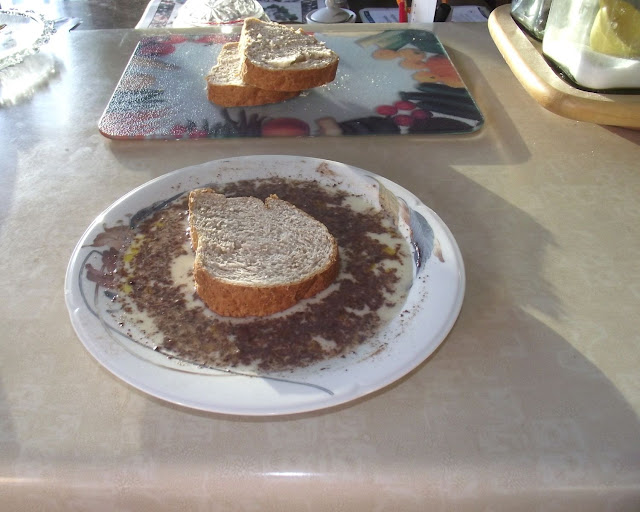 Cook over medium heat on a preheated greased pancake griddle or frying pan. Don't forget to flip it so both sides of your French toast cook up nice and toasty. 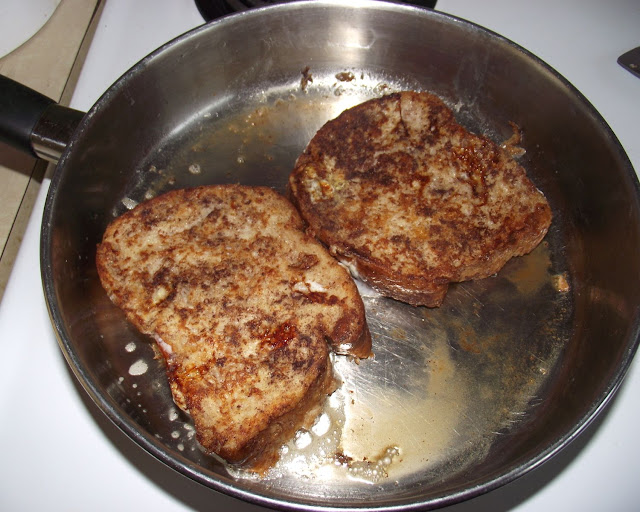 If you find the toast has a tendency to be soggy there is a simple solution. This issue can occur for one of two reasons: Either you have soaked your bread for too long or you have cooked your french toast too quickly so that it did not have a chance to cook on the inside. Just keep your heat a little lower next time and slow cook your french toast. (Lol...harder to wait for it but definitely worth the few extra minutes it takes to have a breakfast that tastes this delicious.) 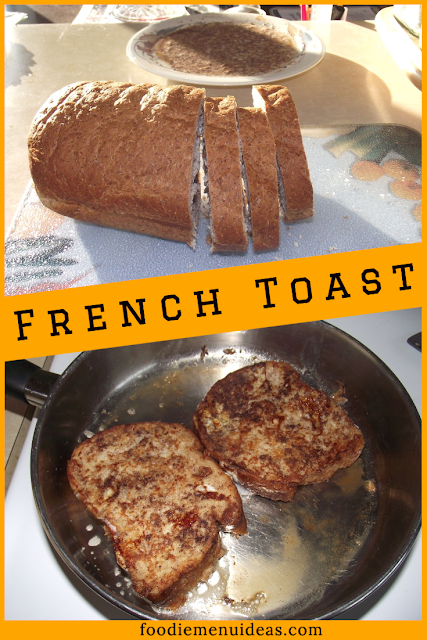 Directions:
1. Combine your milk, eggs, and cinnamon together in a deep dish plate. Whisk to mix.
Note: The amount of milk you use may vary depending on the number of people you are serving and also on how large your mixing plate is so adapt the recipe as needed.

2. Heat a frying pan over medium-low heat. Add butter into the pan.

3. Dip a slice of bread into the milk and egg mix and put into the frying pan to cook. If your pan is large enough you can cook 2 slices each time.

4. Flip your french toast so it cooks on the other side. 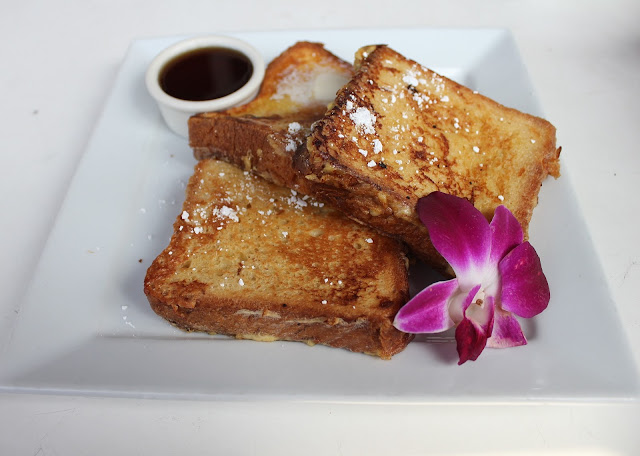 The tradition of soaking bead in a milk and egg mixture originated somewhere way back in the 4th or 5th century but contrary to popular belief this breakfast fare did not originate in France and nor is it of French origin.

No one really knows who invented French toast but it is believed to have been created as a means of making stale bread palatable. The French referred to this meal as "Lost bread" because it was a means of softening stale bread into a much more appetizing food for consumption.

It was referred to by Westerners as German bread up until WW1 when with logical reasoning this became an unpopular term for this meal. The name was then changed to French toast but as stated previously this pan toasted bread goes by many terms and how you refer to it will depend largely upon your culture or country.

Nutritional Facts: French toast does qualify as a nutritious breakfast and this credited largely to the egg and milk which is coated onto and into the bread. A single slice of French bread when it is made with 2% milk has about 149 calories. It contains protein, calcium, vitamin A, and iron. Using whole wheat bread and adding the antioxidant rich cinnamon to your mix will increase the health benefits of this popular breakfast fare.

Where things generally get out of hand in the calorie department for French toast is with the addition of syrup, brown sugar, jam, or icing sugar as toppings. Don't load the sweet stuff too heavy on your plate and you won't have to feel guilty about having that second piece. Yummy!

`Most Filling Foods
`Eggs for Protein: An Energy Rich Way to Start the Day
`Foods That Cause Inflammation
`How To Set Up An Elimination Diet
`Safest Cutting Board Material: Wood Plastic or Glass?
`Safest Cookware Material: Steel Stoneware Glass Cast Iron or Non Stick?

Motivational Postcard Greetings
by The Affirmations Store
Whenever purchases and/or successful referrals are made from this website, an affiliate or referral fee is paid to Lorelei Cohen from that advertisement. 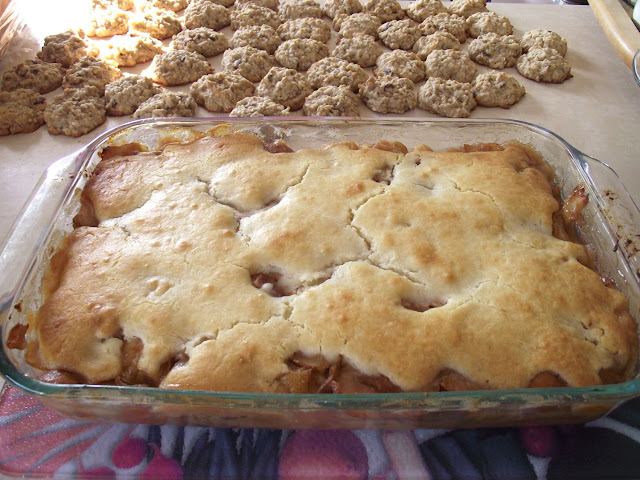 Fruit cobbler is an old country recipe traditionally served as a dessert while peaches or pears are in season.  For those who have fruit trees it is a dish that often shows up at harvest time as an after dinner dessert or as a late evening snack. At the peak of the harvest it is a dish commonly taken to share with friends at community events.  Peach and pear cobblers are dessert casseroles that have been welcomed onto supper tables far more times than one can mention. Sweet, delicious, nutritious, and oozing with the juicy goodness that only a great fruit dessert can have. This recipe is generally made using peaches, pears, or apricots but as we have a pear tree in our backyard this is the fruit that we generally put into ours. It is a delightfully refreshing dessert recipe that brings with it all the summertime warmth of a fresh fruit harvest.  Pear cobbler is a dish that tastes like it has traveled direct from the orchard to the kitchen table. It is delightfully refreshing. So d 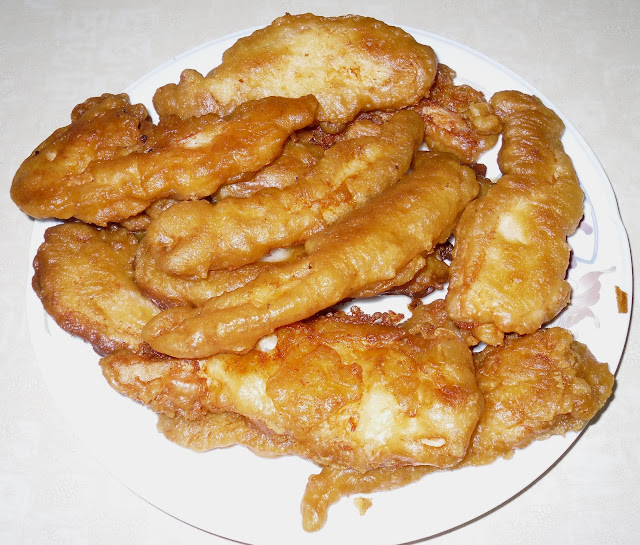 Delicious restaurant style chicken tenders you can make at home. The batter is light and fluffy while the chicken strips are wonderfully moist and tender. This is a meal that is quite simple to make and it is one that your family is almost certain to enjoy. The batter contains ingredients that generally can be found in most kitchens and the coating can be used on either chicken or fish dishes so be sure to bookmark this page for future use.  It is a frugal family recipe that nicely stretches out your grocery dollars. The recipe cooks up into quite a large amount of food considering the number of chicken breasts that are used. Expect 2 chicken breasts to feed about four people and 4 chicken breasts to easily feed a group of eight. Choose the Size of Batch Required for Your Meal. A small batch requires about 2 large boneless chicken breasts. The l arge batch requires about 4 large boneless chicken breasts. Small Batter Mix: 3/4 cups flour 2 tablespoons cornstarc 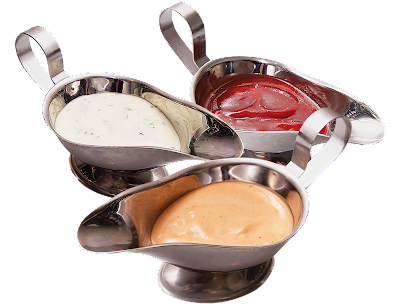 A white sauce can be a delightful addition to any meal and for the holidays it can be the extra touch that turns a great meal into an amazing one. It's a simple recipe that is extremely versatile in its preparation and uses. Also known as a cream sauce there are two standard ways to prepare a basic white sauce and often it is how one's family has traditionally prepared it that cooks have come to use as the standard for their method. This is however not the correct way to select a thickening agent for a sauce or gravy recipe.  It is important to know the differences between starches and the unique properties and purposes they serve within a recipe. Serving a selection of sauces can be a delightfully decorative touch to a holiday or buffet table. Flour vs Cornstarch: Both are starches and both will act as a thickener but each does so in its own distinct characteristics. The reason for this difference is in their origins. Flour is made from wheat whereas corn starch just as 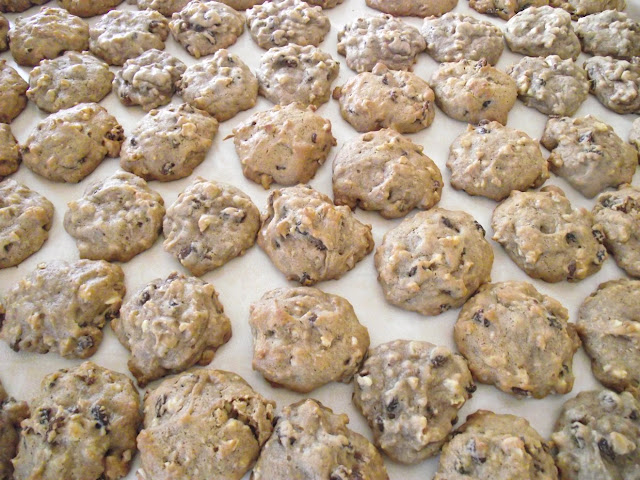 A cookie with an interesting history to its name these spicy drops of fruit and nut are an old time recipe that create an absolutely scrumptious treat. Hermits are a raisin nut cookie which is more like a cake than a cookie. Plumped up with all the taste and goodness that home baking can put into them and with the delightful aroma of nutmeg and cinnamon wafting from their making, they are a sweet dessert treat which is difficult to resist.  They are soft as cake yet still munchy crunchy delicious and the perfect recipe addition to compliment your holiday baking . This delicious dessert treat is spicy and sweet so when it comes to the holiday recipes this one is ideal.  Although the history on hermit cookies is a little hazy there are a number of theories as to how these spice rich cookies may have earned their distinctive name. This is a very old recipe and references to these spicy nuggets date back as far as the 12th century. Having been baked in religious hermitages and being a s 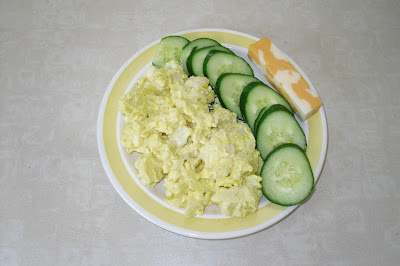 Delicious and nutritious this cauliflower salad has everything your Keto diet craves. The eggs give this dish a protein boost while Hellmans olive oil mayonnaise adds a good punch of fat with zero carbs.  One cup of Cauliflower has about 2 grams of fibre, 320mg of potassium (which is about 9% of your daily requirement) while also providing a little over 50% of your daily vitamin C requirement. Cucumber with the skin attached adds in additional fibre which we all know is very important when planning out your daily Keto nutritional needs . Spices and other seasonings are sprinkled in to complete this salad. It is a must try recipe. This summer salad combines a delightfully crispy texture with a tasty burst of flavour. Ingredients:   6 cups lightly cooked cauliflower (diced) 1/2 English cucumber (diced)  8 eggs (boiled then peeled or shredded) 1 cup Hellmann's Mayonnaise  2 teaspoons mustard  1/2 teaspoon turmeric  1/2 teaspoon ginger  1/4 teaspoon pepper  1/4 teaspoo